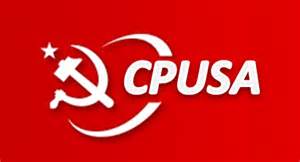 We didn’t really believe all of these demonstrations were grassroots now did we?

The first post contains an excellent 20 minute video by Trevor Louden which can be listened to as well as watched.

Both posts contain a plethora of links and information.

If you doubt Yorek’s ability to make good on her threat, please check out Trevor Loudon’s latest mini-documentary below. It details, among other things, Freedom Road’s close ties to Putin’s Russia.

Go Here   For an excellent 20 minute videothat can be listened to as well as watched.

Women’s March sponsored by Communist Party USA among others:
Posted on January 23, 2017 by TMH By: Renee Nal | New Zeal

One of the many radical groups who sponsored the anti-Free Market, anti-Trump temper tantrum thinly disguised as a “Women’s March” the day after the inauguration of President Donald Trump was the Communist Party USA, whose organization was unapologetically featured at the Women’s March website as a “partner” of the march.

While the New York Times asks “what’s next” after the “success of the Women’s March,” but fails to mention the radical nature of the organizers, as usual.
Other associated groups include the Human Rights Campaign (co-founded by accused pedophile Terry Bean and responsible for the template used to push the ‘bathroom bills’ across America), Planned Parenthood, Americans for Democratic Action, Democratic Socialists of America, Demos, NARAL, EMILY’s List, and many, many others.
Highlighted speakers of the Women’s March include Angela Davis, who was a vice presidential candidate for the Communist Party USA (twice) and a founder and long time member of Committees of Correspondence, a splinter group of the Communist Party USA.

Subversive organizations like those represented at the Women’s March have been emboldened – and in many cases, funded – in recent years by the Obama administration. It is this author’s fervent hope that Americans will start to recognize that “movements” such as Black Lives Matter or this recent Women’s March are anything-but-grassroots and certainly do not have the best interests of Americans at heart.