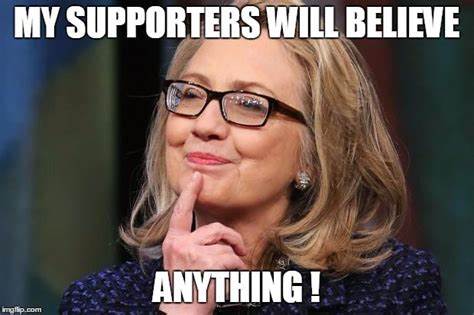 Comment: Sooner or later, the entire indisputable truth will emerge. Then what?

New emails obtained by the conservative watchdog group Judicial Watch offer further evidence of why, assuming former Secretary of State Hillary Clinton’s claim that she’s the “most investigated innocent person in America” is true (it’s not), there’s a valid reason why she’s faced so much scrutiny.

“The documents include 11 new Clinton email documents. The emails include an email sent by Mrs. Clinton a month after the Benghazi terrorist attack referencing a ‘Benghazi security’ issue. The emails also include talking points, which are redacted, for a meeting with President Obama. (This is the second release from the batch of Clinton emails the FBI inexplicably found late last year.)”

This release comes despite Clinton’s attorneys and the State Department having claimed there were no more emails to uncover.

“This drip, drip game that the DOJ, FBI, and State are playing is a key reason a federal court authorized more discovery, including the sworn deposition of Hillary Clinton.”

Around the start of the month, a federal judge appointed by former President Ronald Reagan ruled that the former secretary of state could be deposed by Judicial Watch over matters concerning her illicit use of a private email server to conduct State Department business.

He orders Clinton and Cheryl Mills be deposed.

The American people deserve the truth.https://t.co/FkUiLpU41A

So Hillary Clinton will be deposed, not because of anything the DOJ or government investigators have done, but because of a citizen watchdog group’s Freedom of Information Request and a perceptive Judge. Great work, Judicial Watch.https://t.co/1nMDDvIn4t

“As extensive as the existing record is, it does not sufficiently explain Secretary Clinton’s state of mind when she decided it would be an acceptable practice to set up and use a private server to conduct State Department business,”  U.S. District Court Judge Royce C. Lamberth ruled.

In response, Clinton reportedly asked the U.S. Court of Appeals for the D.C. Circuit to overturn the order.

“The district court’s order inappropriately discounts this Court’s prior finding that there are no remaining recoverable emails, the extraordinary discovery that Judicial Watch has already obtained, and the vast public record on Secretary Clinton’s emails,” her Clinton’s lead attorney, David Kendall, argued.

“Judicial Watch could not possibly show the extraordinary circumstances required to depose (or re-depose) former high-ranking officials regarding their reasons for taking official actions, and the court abused its discretion in finding otherwise.”

As of March 21, the appeal had not yet been approved — and based on Judicial Watch’s acquirement of 80 new emails, it won’t be.

But you probably won’t hear about any of this from the mainstream press, however, as they’ve been busy spouting Clinton’s talking points to a T about how the “right’s” interest in her emails is just more nonsense from the so-called “right-wing echo chamber.”

Trump is tweeting about Hillary Clinton’s emails. Really. In the middle of a pandemic that threatens the lives of millions of Americans and could crash the US economy. This should be a firing offense. What a sad person. https://t.co/RDQnnBFGEb

Imagine someone telling you in December 2016 that before Trump’s term is up Fox News would hype Hillary’s emails while a deadly pandemic shut down the country. You would’ve snickered. https://t.co/h4JMTUIDbW

The president is literally tweeting about Hillary’s emails. https://t.co/JEezTrkqSU

Fox News and President Donald Trump have been speaking/tweeting about Clinton’s emails — even as they’ve also been addressing the ongoing coronavirus pandemic — because they and her lies also matter.

And the fact that new emails have been discovered even as the former secretary of state’s lead attorney has been claiming that “there are no remaining recoverable emails” seems troubling.

According to Judicial Watch, the State Department isn’t without blame either.

“The State Department did not provide information about where the emails were found; why they were not previously produced; or if additional records are anticipated,” the watchdog group noted.

Of the emails that were obtained by JW, one from 2012 includes “an October 13, 2012, message from Clinton telling private attorney Robert Barnett about a conversation with Jake Sullivan, Clinton’s senior advisor and deputy chief of staff, about Benghazi.”

“Jake and I were discussing the Benghazi security issue since he tried to tell [Redacted] would be asked about it but they didn’t think so. Might be good for you to call Jake too,” the email reportedly reads.

Speaking about the security at the Benghazi Consulate in Libya through an unsecured email server seems like a big deal, albeit on you probably won’t hear anything about in the left-wing echo chamber.