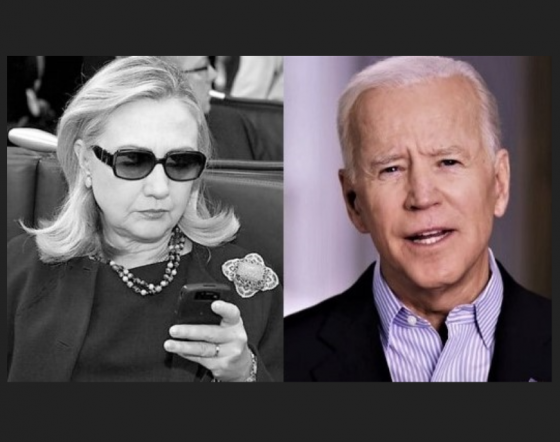 In addition to being labeled “The Party Of Hate” by its detractors, the Dems may now have an addition title, “The Party of Stupid”.

We are in the middle of a media feeding frenzy over a supposed intelligence community whistleblower complaint on Trump’s conversation last summer with the Ukrainian president.

We know almost nothing about the complaint or the conversation, but that has not stopped a full-blown “we’ve got him now!” type joyfulness throughout the mainstream media and Never-Trump-land.

Lack of actual facts has not stopped Democrat candidates and various pundits from declaring that this is further ground for impeachment.

The initial claim was that Trump threatened to withhold aid to Ukraine if it didn’t investigate the business dealings of Joe Biden’s son, Hunter Biden, while Joe was Vice President. Then the story changed, and maybe there wasn’t a quid pro quo, and maybe the whistleblower never actually heard the conversation. And so on and so on, a classic case of how the media tries and convicts Trump based on anonymous, shifting, and usually misinformed leaks.

The foreign minister of Ukraine is now on record that there was no pressure put on the Ukrainian president in the conversation.

We’ve been here, done that, dozens of times. Is this time different? Will they “get” Trump on this? As with the Russia Collusion claims, I’ll take it seriously when there is actual evidence. Until then, it’s just politically driven mischief masquerading as news.

As an aside, there is a pernicious effect to leaking conversations a U.S. president has with the leaders of foreign countries, something that has plagued Trump since the start of his administration. But that’s a post for another time.

Related:  “The Whistleblower” – Media Trying To Turn A Biden Scandal Into A Trump Scandal

There is an important story here that may take down a candidate. That candidate isn’t Donald Trump, it’s Joe Biden.

The Ukraine reports of possible influence peddling, along with a similar report regarding the Bidens’ dealings in China, have been reported in the past. It’s not new, but it never took hold in any media narrative because it’s not helpful in bringing down Trump, which is the measure of news value in the mainstream media these days.

But it has potential value to the media because of the claim of Trump misconduct in seeking a Ukrainian investigation of Hunter Biden’s business dealings. So it’s all out media coverage.

That is a problem for Joe Biden, because most of the country is hearing about this for the first time, and the narrative quickly shifted — over media protests — from Trump allegedly improperly demanding an investigation to Joe and Hunter Biden allegedly engaging in conduct that should be investigated.

The narrative shift is almost entirely the result of Trump taking to Twitter to defend himself, including with this devastating video compilation:

This is the real and only story! pic.twitter.com/4z8eOcm6PA

Chris Hayes from MSNBC is frustrated at the narrative change:

I am watching this somehow turn into a story about Biden and am going to pass out.

As is Brian Beutler of lefty Crooked Media, who calls it the “email-servering of Joe Biden” – a reference to how Hillary’s email server controversy consumed her campaign:

The email-servering of Joe Biden has begun, and abetted by members of his own party who won’t draw a line for him. https://t.co/lYKh6QD7Vr

That comparison to Hillary’s email problem is one I made in May 2019 with regard to the Bidens’ dealings in Ukraine and China, Dem fear: Hillary is to emails, as Biden is to (Ukraine? China?):

I haven’t followed closely the saga of Joe Biden’s alleged family conflicts in Ukraine and China when he was Vice President, but I’m aware that claims and counterclaims have been percolating through the mainstream and non-mainstream media and in the Democrat primary field.

Being in the position of just hearing about it and seeing reactions, I’m a typical news consumer. And what I’m sensing, and have sensed for some time, is that Ukraine may be to Biden’s campaign what emails were to Hillary’s campaign. And China could get there too….

Biden’s conflicts in Ukraine are going to be the 2020 version of Hillary’s emails, and there’s nothing Democrats can do to stop it (other than denying Biden the nomination). https://t.co/y2A49OeRWt pic.twitter.com/QmvOH9YDrT

That is turning out to be one of my more prescient posts, as was this tweet at the time predicting that the Democrat defense would be that seeking an investigation of the Bidens’ conduct abroad would be claimed to be “seeking foreign assistance.”

Investigating Biden possible dirty dealings abroad by getting information abroad all of the sudden is “seeking foreign assistance” — Media is going to try to bury Biden’s conflict https://t.co/Nyakajwlfn

It will not work.

Trump was subjected to a two-year investigation by Mueller’s army of prosecutors and investigators over flimsy Russia collusion allegations. Why should Biden, a leading Democrat presidential candidate, be immune from scrutiny?

The more the media and Democrats attack Trump while trying to protect Biden from scrutiny of his family dealings abroad, the more the media focuses attention on Biden and raises the same sort of questions that turned Hillary Clinton’s campaign into a campaign about her emails.