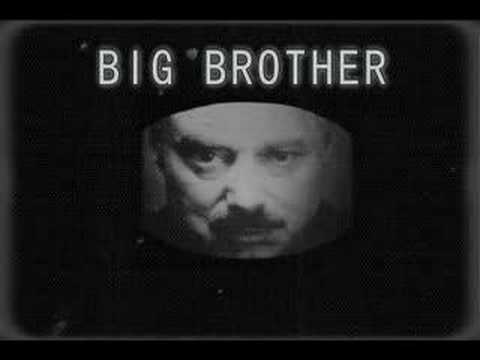 It is not at all surprising that either Pelosi or the EU would be planning this. They represent the losing side, but they are determined not to lose their grip on power. They know that if what they stand for — globalism, socialism, mass Muslim migration — were put to an honest and fair vote, they would lose massively. They fear Trump and the European populists. They know they can’t defeat the forces of freedom in open debate. So they’re determined to shut down all opposing voices. That’s why the social media giants are steadily choking off all conservatives.

We’ve all been watching this develop for years now: The internet is being slow-choked, not by rapacious ISPs forcing users to pay for “fast lanes,” but by politicians on both sides of the Atlantic who want to have a bigger role in what we’re allowed to do and say online. To be sure, lawmakers are being greatly aided in their efforts by major tech players such as Facebook’s Mark Zuckerberg and Apple’s Tim Cook, who are explicitly calling for regulation to maintain current market positions in a sector defined by creative destruction (all hail MySpace and Blackberry!).

In an interview with Recode‘s Kara Swisher, Speaker Nancy Pelosi (D–Calif.) pronounced that in the tech sector, the “era of self-regulation” is over when it comes to privacy and speech rules. Sounding a lot like conservative Republicans such as Sens. Ted Cruz of Texas and Josh Hawley of Missouri, she zeroes in especially on Section 230 of the Communications Decency Act as the thing that needs to be torched.

As the title of a new book puts it, Section 230 comprises “the twenty-six words that created the internet.” Author Jeff Kosseff explains that by immunizing websites, platforms, and service providers from “lawsuits over materials that their users upload,” Section 230 “fundamentally changed American life.” Indeed, the internet as we know it is based on both “content created not only by large companies, but by users,” writes Kosseff, who observes that of the top 10 most-trafficked websites in the United States in 2018, only Netflix “mostly provides its own content.” All the rest—Facebook, Wikipedia, YouTube, Twitter, et al.—either rely heavily on user-generated content (including potentially actionable reviews and comments about everything under the sun) or exist to guide users to such content (Google, Yahoo).

Pelosi is done with all that, telling Swisher that the freedom of expression empowered by Section 230 is “a gift” and a “privilege” that can be rescinded if major tech companies don’t move in the direction she and other politicians want. She frets over companies such as Facebook and Twitter buying up app makers and other services without explaining themselves to regulators. “Is this just commerce and they see a market opportunity and decide to take it on?” says Pelosi. “Or are they in competition with each other, buying something before somebody else doesn’t buy it and then all of a sudden, three or four firms dominate the marketplace and engines of search and the rest of that?”

“For the privilege of 230,” Pelosi warns, “there has to be a bigger sense of responsibility on it. And it is not out of the question that that could be removed.”

Like many Democrats, Pelosi remains convinced that Facebook helped to throw the election to Donald Trump by not regulating political advertising tightly enough and providing a space for the Russians to practice dark arts (the idea that Russian social media changed the outcome of the election is simply wrong). On top of that, liberals and progressives are calling for more policing of whatever they define as “hate speech.”

The motivations might be slightly different than those on the right—who accuse Facebook, et al. of limiting the reach and popularity of conservative figures and opinion due to ideological bias—but the endpoint is the same: a repeal of Section 230. “Google and Facebook should not be a law unto themselves,” Sen. Hawley told a crowd at the Conservative Political Action Conference (CPAC). “They should not be able to discriminate against conservatives. They should not be able to tell conservatives to sit down and shut up.” What Pelosi calls a gift, Hawley calls “a sweetheart deal” that should be ended by enforcing some sort of viewpoint equality on social-media platforms. Cruz has effectively called for the repeal of Section 230 and the implementation of something like a Fairness Doctrine for the internet. During a debate last year with former Rep. Beto O’Rourke (D-Texas) during the 2018 elections, Cruz said

It’s not at all clear what it means to say “they should be liable like the rest of us,” since publishers have the absolute right not to publish things and, under existing precedent, sites have the right to moderate some comments without becoming liable for the ones they allow to remain. But it’s never a good sign when conservatives and liberals, Republicans and Democrats start sounding like one another. Throw in President Trump’s recent statement that we need to “do something” about social media sites, and the only safe conclusion is that Section 230 is in real danger. And with it, the internet as we’ve known it.

Meanwhile, on the other side of the Atlantic, the European Union (E.U.) has approved “The Directive on Copyright in the Digital Single Market” whose Article 13 mandates that

anyone sharing copyrighted content must get permission from rights owners—or at least have made the best possible effort to get permission—before doing so. In order to do this, it’s thought that internet services and social networks will have no choice but to build and enforce upload filters and generally apply a more heavy-handed approach to moderating what users post online….